Cork Through the Barracks 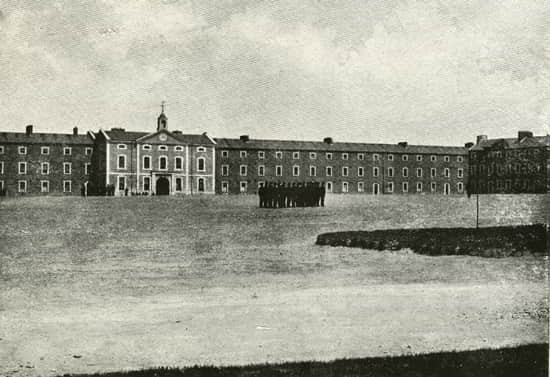 Cork Through the Barracks

This documentary, produced by Frameworks Films, tells the story of Collins Barracks in Cork and what a key role it has played in all of the major historic events in Cork over the past two centuries. In particular it will outline the part that the barracks played during the revolutionary period in Cork and in the formation of a new Ireland.

The documentary features serving and retired members of the Irish Defence Forces and in particular Gerry White who is a retired Army Company Quartermaster Sergeant who had 43 years of service in the Irish Army. He has a huge interest in military history and has written several books on the subject, including co-writing one on the history of the Barracks.

From its construction at the start of the nineteenth century following the French Revolutionary wars, its connection with historical figures such as the Duke of Wellington, through to the 1st World War, the War of Independence and subsequent Civil War, the Emergency years, right up to the peacekeeping missions around the world, Collins Barracks has played a key role in of all these events.

However ‘Cork through the Barracks’ is not just about the historical events that occurred at the barracks. It is also about the people who served there and the documentary will also feature serving members of the garrison today, including some of the first women to join the army.

Although Collins Barracks has been in Cork for over two hundred years, many of those living in Cork are unaware of its rich history. This documentary aims to address that and to enable the people of Cork to see just how strong the relationship is between the barracks and the city. As we continue the Decade of Centenaries, it will also add to the body of knowledge about that period of history and show the part that Collins Barracks has played in the twists and turns of Irish history.

The documentary, which was produced with support from the Broadcasting Authority of Ireland, will be broadcast at 8pm on Cork Community Television, available on Channel 803 on Virgin Media’s digital cable package. It will also be streamed live on www.corkcommunitytv.ie and will be premiered on Frameworks Films YouTube Channel, which can be accessed via the link above.