This covers a range of projects from full-scale productions to tailored film-making workshops. The approach is one of working in close collaboration with the community involved to ensure a real sense of ownership in the final project. Some projects are devised by Frameworks, others are the result of a group approaching Frameworks with an idea. Our belief is that everyone should have access to the art of film-making and be able to participate in it. 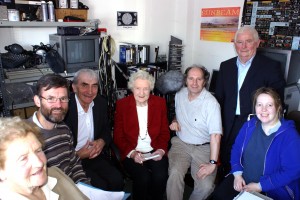 Editing with members of the Bishopstown Senior Social Centre

Frameworks works on productions from the initial ideas development right through to the final screening of the completed film. This can be done either independently or in collaboration with groups. Frameworks has a range of skills in-house and also works with other creative individuals or organisations to complete projects.

A scene from 'School Rules'

Frameworks has non-linear digital editing facilities and edits both in-house productions and external projects. Other services include:

The training ranges from a basic introduction to film-making to specialised training in the use of video for working with young people. Frameworks has also designed workshops for Transition Year students and Applied Leaving Certificate students. 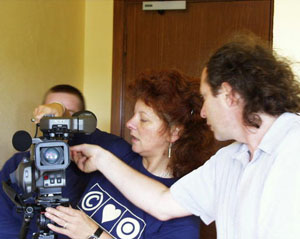 A film-making workshop in Mallow

On its own initiative, Frameworks has documented many events occurring in Cork, particularly those which do not receive mainstream media coverage. We have built up a considerable archive of footage, some of which pre-dates the establishment of Frameworks.

Frameworks also has a deep interest in recording and collecting stories of people’s lived experience. In some instances this may be in relation to a specific project. Other times it is simply an attempt to capture the wealth of knowledge and experience within communities while we still can.

Documenting the fire at the Sunbeam Factory in Cork in 2003