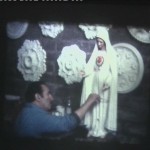 The Last Statue Maker in Cork

This half hour documentary tells of one man's life and work. Maurice O'Donnell made things with his hands all his life and would happily spend all his free time doing so. From the little figures of DeValera and Mussolini that he modelled from turf as a small boy during the war years, to large statues that have been exhibited all over the world, this is the story of the last statue-maker in Cork. The documentary follows his apprenticeship years through to running his own business in Cork. It also tells the stories of some of the statues themselves, including the famous 'moving' statue of Ballinspittle, which was one of Maurice's creations. The film is an opportunity to honour a shy, gentle man, who sadly passed away in 2010 and to remember his great hidden talent. This project was made with support from Sound & Vision scheme, run by the Broadcasting Authority of Ireland. 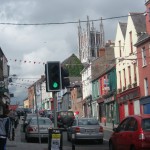 This half hour documentary was produced with the Cork Chapter of the Igbo Union of Ireland and focuses on Shandon Street on the northside of Cork city. The programme explores the history of this well-known street and also examines how it has changed over the years. We meet some of the shop-keeers and those who live in the area and hear their views on the street. The documentary also looks at the impact of some of the newer communities who have settled in the area and talks with those who have set up businesses there. This project was made with support from Sound & Vision scheme, run by the Broadcasting Authority of Ireland.

Frameworks Films held a series of workshops with disability and youth organisations in Cork on how to engage with film production. The workshops were carried out on behalf of the Community Television Association as part of its sectoral development plan.